Graeme Souness insists Casemiro has ‘never been a great player’ and that Manchester United have overpaid for the Brazil star.

United confirmed a deal on Friday with Casemiro set to sign a four-year deal at Old Trafford in the club’s most significant piece of transfer business this summer.

The Brazil international won the majority of t

hose accolades playing as part of a fearsome midfield alongside Toni Kroos and Luka Modric.

But former Liverpool midfielder Souness insists Casemiro’s role in that unit was nothing more than a ‘steady Eddie’ who will do little to help United control games. 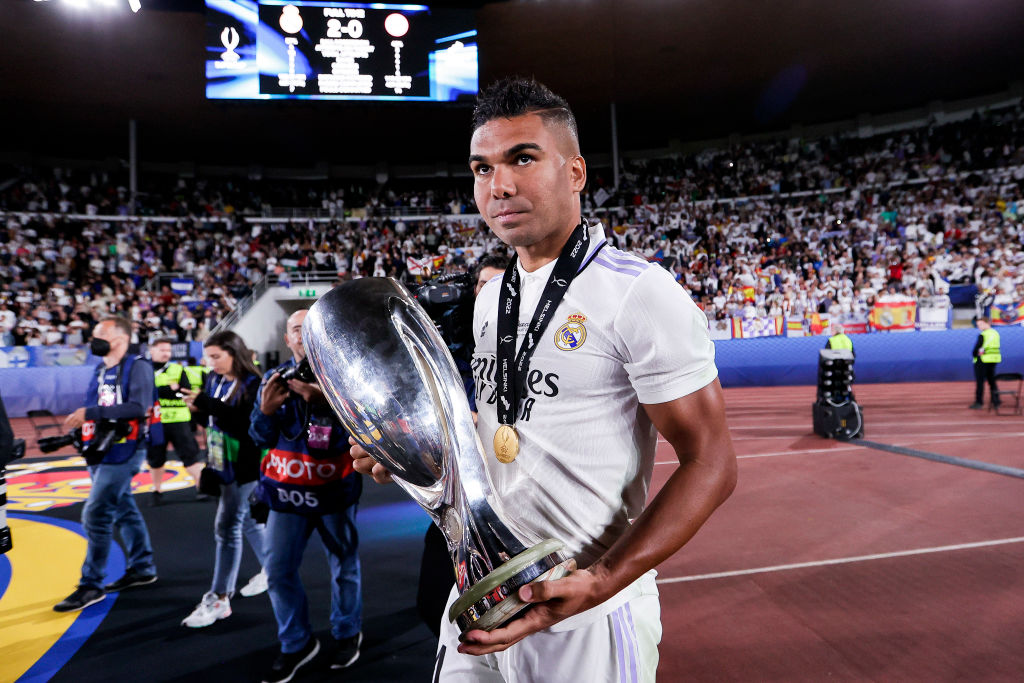 ‘I see him as a steady Eddie who will make United be more solid in midfield. I don’t think he has got a great range of passing. I don’t think he is going help other people play. The Real Madrid team, the midfield especially, was full of footballing players.’

United will pay £60m plus £10m in add-ons for the midfielder who will turn 31 in February with Souness not convinced over the deal.

Casemiro made a tearful farewell to Real Madrid at a goodbye ceremony in the Spanish capital on Monday afternoon.

A move to Old Trafford however will see him reunited with former Los Blancos teammates Raphael Varane and Cristiano Ronaldo.

Ronaldo has been pushing to leave United this summer to join a club competing in the Champions League but Casemiro hopes the Portuguese remains where he is.

‘ I haven’t talked to Cristiano, I hope he stays because he’s one of the best players in all the time. He’s incredible.

‘I want to bring my values ​​to Manchester United, everything that Real Madrid taught me, to win from day to day, from every training session. I want to experience the Premier from within. I enjoy everything I have.’

I can’t say no to Arsenal, it’s them or no one £86m star now ‘pushing’ for move to the Emirates