The Europa League is back for the 2022/23 season, with clubs from around the continent hoping to add European silverwear to their trophy cabinets.

Rangers agonisingly lost out to Eintracht Frankfurt on penalties in last season’s final in Sevilla, and Premier League duo Manchester United and Arsenal will be hoping to go one step better this year.

Clubs competing in this season’s Europa League will find out their group stage opponents when the draw takes place on Friday, August 26.

Here is everything you need to know about the 2022/23 Europa League.

The 2017 Europa League winners Manchester United will be joined in the competition by Arsenal, who narrowly missed out on a place in the Champions League on the final day of last season.

They will be joined by Jose Mourinho’s Roma side, who qualified for the Europa League automatically after winning the UEFA Conference League last season by edging out Dutch side Feyenoord in a tense final. 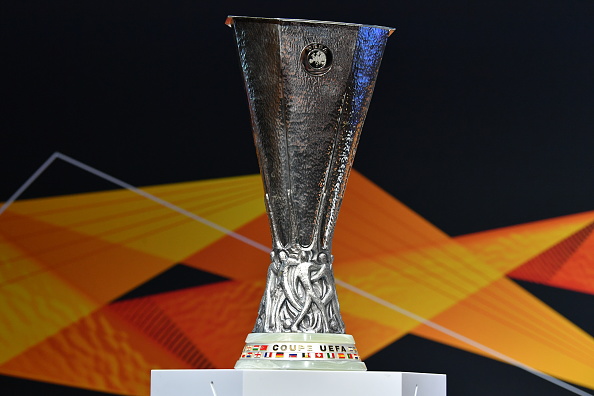 A total of 11 clubs have qualified for the Europa League automatically through their league ranking.

The 32 teams will be placed into four pots for the draw based on UEFA’s club coefficient, which ranks how clubs have performed in UEFA competition over the past five seasons.

The group winners will progress straight to the Round of 16, whilst teams finishing second in the group will play in the knockout round play-offs against teams who finished third in their Champions League groups.

The first group stage matchday will take place on Thursday, September 8 with the second round of matches scheduled for the following week.

This year’s group stage will be completed by Thursday, November 3, with the draw for the play-off knockout round scheduled for Monday, November 7.

The Europa League group stage will take place in a condensed eight week window instead of the usual 12, as players taking part in the World Cup must be released to their national teams by November 13 in preparation for when the tournament begins on November 20.

The Europa League knockout rounds will begin on February 16, with the final held at the Puskas Arena in Budapest on May 31.

The Europa League will be available for fans in the UK to watch live on BT Sport.

Highlights of the matches will be available to watch for free on BT Sport’s YouTube channel.

Viewers will be able to stay across all of the action with BT’s The Goals Show, which will show the important moments as they happen from across the Europa League and Conference League.

Football Football Auditor - January 12, 2023
0
Mykhailo Mudryk has continued his flirtations with Arsenal by uploading a picture to Instagram which features a video of him wearing the Gunners’ kit. The...

Arteta confirms next player signing – Arsenal ‘has now dived in to axe £55m...

Transfer News Football Auditor - December 21, 2022
0
Arsenal ‘really like’ Barcelona forward Ferran Torres as they continue to assess their options ahead of January, journalist Dean Jones has told GiveMeSport. The Gunners...

Transfer News Football Auditor - December 21, 2022
0
Man Utd and Arsenal are among a number of Premier League teams who are reportedly interested in Rennes attacker Martin Terrier. The 25-year-old recently signed...

Catch the latest club and player transfer news and rumors across the English Premier League, the Spanish La Liga, the Italian Serie A, the French League 1 And The German Bundesliga
Contact us: contact@footballaudit.com
© Football Audit 2019 - 2023 All Rights Reserved ®