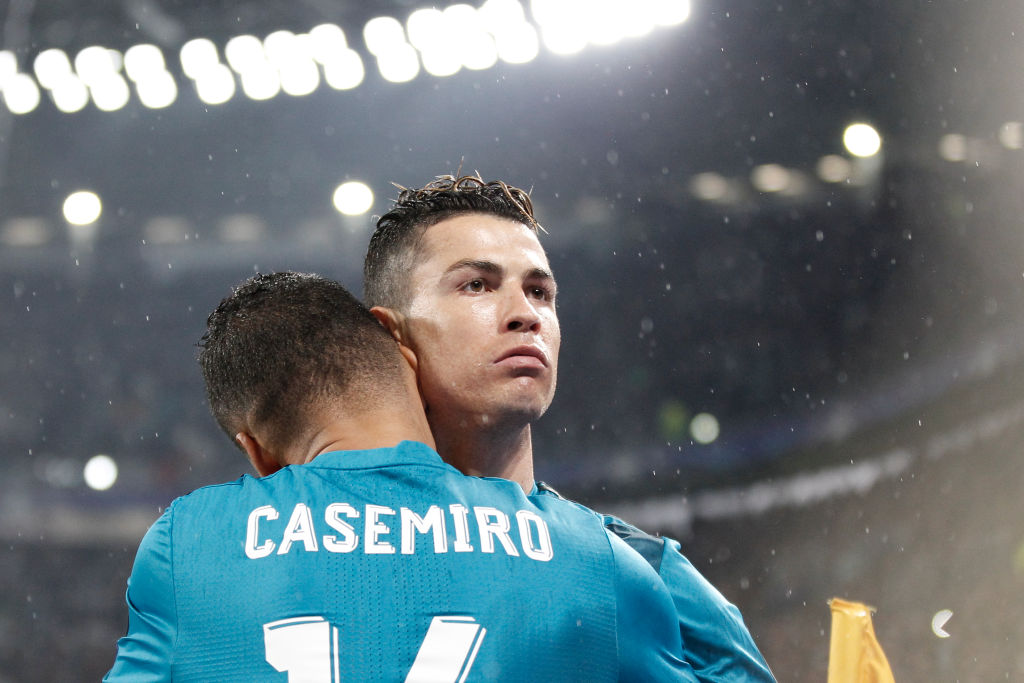 Casemiro has urged Cristiano Ronaldo to stay at Manchester United, with the Brazilian eager to end the Red Devils’ Premier League trophy drought after joining ‘the biggest club in England’.

The 30-year-old held a press conference at Real Madrid’s training complex on Monday morning to bid farewell to the club where he has spent the past nine years, breaking down in tears as he reflected on his career at the Bernabeu.

He will now fly to Manchester ahead of his £59.5million move to United and is expected to be presented to the Old Trafford crowd ahead of kick-off in Monday night’s clash with Liverpool.

Although the transfer appeared to come out of nowhere and was completed incredibly quickly, Casemiro has now revealed that he knew he would leave Real as soon as he won a fifth Champions League title last season and is eager to challenge himself in the Premier League.

Asked when he decided to leave, Casemiro told reporters: ‘I spoke to my agents after the Champions League final, I knew it was the end.

‘When you make a big decision in your life, it’s always important. I felt my journey here was over. After the holidays I had the same feeling.

‘Now I am joining the biggest club in England, but I’ll always be a Real Madrid fan – and I’ll celebrate every goal! I’m the happiest in the world and I think history was made.

‘I’m looking for new challenges, new goals. To try a different culture and club. I haven’t won anything there and I want to help the team like I did here. I’m full of hope.

‘I had that feeling that the cycle was over. The Premier League is a competition that I love and I wanted to play there. I needed a change. I want to win the Premier League.’

On suggestions he may no longer be the player he once was, Casemiro – who turns 31 in February – simply replied: ‘I am still at my best.’

Casemiro was not registered in time to play against Liverpool on Monday night – a team he has beaten in two Champions League finals – but if he had his way he’d be putting on his kit and boots at Old Trafford rather than being presented to supporters.

‘If it depended on me, I would play against Liverpool today! I can’t wait,’ he added.

The Brazil international will be reunited with both Raphael Varane and Cristiano Ronaldo at Old Trafford, though the Portuguese superstar is believed to have asked to leave the club and significant doubts remain over his future.

Casemiro, though, is hoping his old team-mate elects to remain at United and is looking forward to getting reacquainted with the five-time Ballon d’Or winner.

‘I haven’t talked to Cristiano Ronaldo, but I want to play with him,’ said the midfielder. ‘I’m very excited to work with him. Hopefully he stays. He’s one of the best in the world.’

On suggestions that his move was party motivated by United’s offer to double his salary, Casemiro hit back: ‘Leaving for money? People who say this clearly don’t know me. They’re wrong. If it was for money I would have left four years ago.’